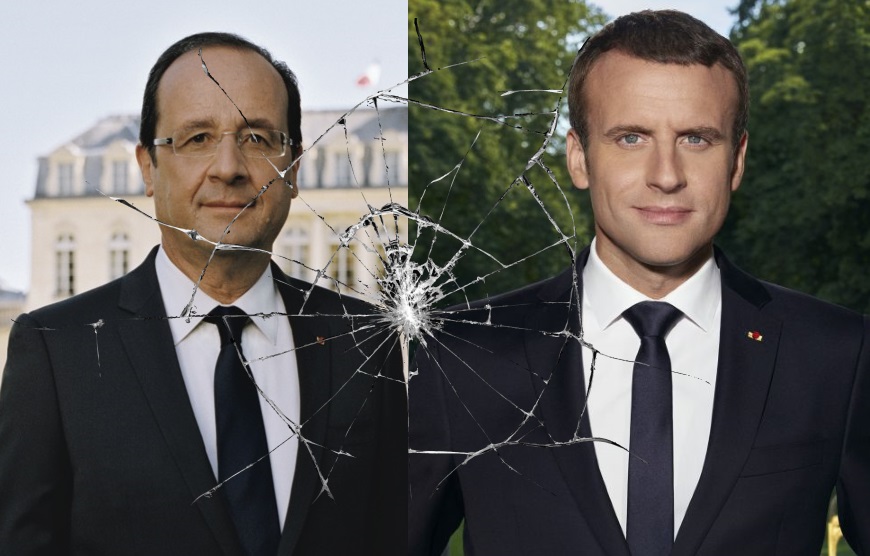 With one word French President Emmanuel Macron found a perfect putdown for his predecessor, who had been publically criticising his policies.

Un zigoto has no direct equivalent in English. It means a fantasist with an exaggerated sense of his own worth.

It’s a variation of un zig – meaning an offbeat personality, a geezer.

Un zig is derived from un gigue, a traditional dance. Un gigue is possibly the origin of the contemporary English word a gig for a rock concert.

So for un zigoto, think of someone who’s dancing awfully at a marriage party but who reckons he’s John Travolta and you’re in the right zone.

Un zigoto is an obsolete term and even most French people wouldn’t know its origins without reaching for their dictionaries.

Yet every journalist, analyst and observer called Macron’s barb a direct hit.

Why? The characterisation seemed plausible, based on what we know of Hollande. And precisely because it’s obscure, it sticks in the mind. The next time Hollande criticises his successor, Macron won’t need to comment. We’ll all be thinking zigoto without any need for help.

A performative statement is a statement which becomes true by the act of speaking it. I declare this meeting open, for example.

By displaying his mastery of the French language, Macron was also inviting an implicit comparison between his own own incisive wit and the buffoonery of his target.

We can’t all think as quickly as Emmanuel Macron (just as we can’t all play soccer like Lionel Messi), but we can at least try to play at the top of our game.

A rich vocabulary is essential for eloquent self-expression: the range of words you can draw on determines the level of detail you can put in the verbal picture you paint.

So if you want to up your game in French, define the area of language that interests you and read around that zone. Note the vocabulary and phrases that capture your imagination.

Commit them to memory. It’s not as hard as you might think when you put your mind to it. A free flashcard tool such as quizlet can be a great help. Then use your newly acquired vocabulary regularly to keep it in the active zone of your mind.

Talking with French people is ideal if you get the chance. If you don’t have as many opportunities to speak French as you would like, keeping a personal diary in French is also a great way of transforming your raw materials into active tools of communication.

Keep a personal diary in French, noting down your thoughts and reflections of the day. Then send an extract for correction to frenchclasses.com rédactrice en chef Françoise Le Roux.