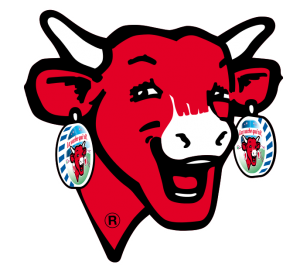 If you enjoy semi-junk food, you’re no doubt familiar with “La vache qui rit”, the moreish cream cheese spread they’ve been churning out from the Jura region since 1921.

In English it’s called “The laughing cow”, not “The cow who laughs” and as such it’s a good example of how you need to change the order of words when you move from one language to another.

Look at these sentences:

Au lieu de vous plaindre, vous devriez faire quelque chose d’un peu plus constructif.
Instead of complaining, you ought to do something a bit more constructive.

In English we use an “-ing” ending to create a noun. In the French equivalent, there is an infinitive: “vous plaindre”.

This switch is extremely common:

Here is a slightly different example:

In this case “sleeping” is a present participle describing a continuous action. Whereas in the French version there is a subclause “qui dort”.

In English we could say “Look at this cat who is quietly sleeping” It is not wrong, but we wouldn’t.

The term for rejigging a sentence to make it sound more natural is “transposition”.

And you need to use a lot of transposition to move from French to English or vice-versa.

By listening out carefully for the ways in which French differs from your native language, you will notice patterns emerging. Emulate them and your expression will become more natural.

Our own online French Classes are a very good starting point for understanding the rules that govern the French language.

You may also be interested by Monique L’Huillier’s reference work Advanced French Grammar.

What made the cow laugh?  Send us your favourite joke… in impeccable French. A mystery « Vache qui rit » prize to the winner.