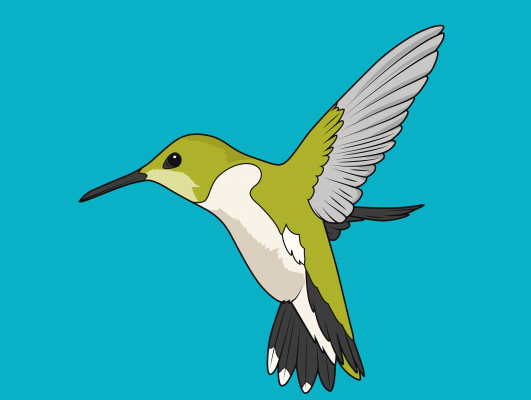 Trying to learn a foreign language can be a traumatic experience for those of a sensitive nature. It’s nothing new. 140 years ago the American author Mark Twain wrote of the despair he felt trying to pick up German:

Every noun has a gender, and there is no sense or system in the distribution; so the gender of each must be learned separately and by heart. There is no other way. To do this one has to have a memory like a memorandum-book. In German, a young lady has no sex, while a turnip has. Think what overwrought reverence that shows for the turnip, and what callous disrespect for the girl.

Mark Twain, A Tramp Abroad, 1880, quoted in The Unfolding of Language, Guy Deutscher, 2005

It’s not just the demands placed on our memory that can make us feel lonely. There’s the humiliation of not being understood. Or of being talked to and not understanding (should we bluff or confess?). Or of not being able to follow the conservation of others. Or of being corrected on a fault and then making the same mistake straight away.

If we’re not careful, the negative feelings can poison the whole experience. It’s important therefore to work them through.

When we’re embarrassed we often resort to humour as a release mechanism. In the context of language learning the butt of this humour is often the language we’re trying to learn, as it was for Mark Twain. The difficulty comes when this annoyance/laughter relationship turns into a barrier.

Take gender. Twain’s comments make us laugh, but, in reality, no-one is suggesting that a turnip belongs to the masculine sex. Grammatical gender and sexual gender are two quite different things.

Knowing this won’t make the learning of grammatical gender any easier. But it does get you in the right frame of mind. It becomes simply part of the job.

If we don’t speak or write a word of French, we won’t make any mistakes. But we’ll not make much progress either.

Making mistakes can be felt as a negative experience. It may be that we have internalised ideals of perfection that we’ve learnt at school and are angry with ourselves for not meeting them. It may be that being corrected sends us into a tailspin of self-doubt. It may be that the embarrassment of communication failure creates social anxiety.

Such trauma can quickly turn into a risk aversion strategy, in which we limit our attempts in French to a small, safe range. Establishing a balanced relationship to making mistakes is crucial to unblocking the situation. We need to be both willing to make them, yet ready to learn from them. In theory, that sounds easy enough. In practice, achieving the necessary levels of mental resilience can require a work of introspection.

There is no single best way of learning a language: each individual is best off creating their own programme that fits in with their motivation and their ability to commit time. But it’s arguable that all successful methods fit into a model that looks something like this: 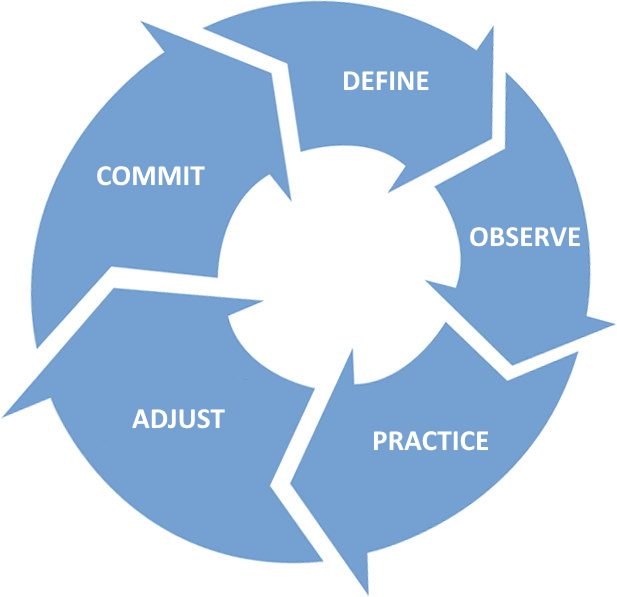 The schema can seem banal – a statement of the obvious. But if your language learning isn’t progressing how you’d like, it can be a useful tool for identifying where the problem is and correcting it.

Define: Defining your objectives is the key to becoming comfortable with language learning. There are end result types of motivation (get a job, move to France, speak to neighbours) and enjoying the trip kinds of motivation (discovering a new culture, exercising the mind…). It’s good to have both. When you know what drives you, you can tailor your learning programme to achievable goals.

Practice: C’est en forgeant qu’on devient forgeron goes the French expression: practice makes perfect. If you’re spending all your time observing and not enough time using what you’ve learnt, it may be that you suffer from risk aversion.

Adjust: It’s important to have some kind of a correction mechanism in place and to learn to adjust from mistakes with equanimity.

Commit: Committing information to memory is key. Most of us need to be confronted with a piece of information around five times, over spaced intervals, before it will stick. Passively hoping for osmosis is wishful thinking. An active approach to memorisation (keeping a notebook, using an app, using mental tricks, whatever works for you) will greatly accelerate your progress.

Work on each element of the wheel until you have a routine that you can repeat and just keep on turning. When you get the sensation you’re on a plane that’s pulling clear of the runway, you’ll know you’ve got it right.

A method for French vocabulary building