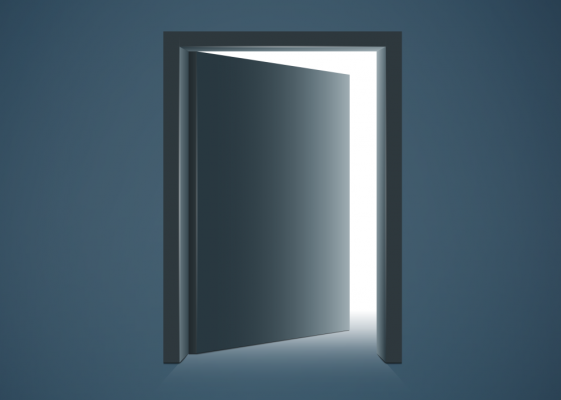 The French subjunctive can be a challenge for a few reasons.

English speakers don’t use the subjunctive in the same way, so don’t have a reference point. The subjunctive involves what appears to be a fairly complex set of rules and a new set of conjugations. And if you weren’t taught it at school it won’t be in your mental microwave, just in need of a little reheat.

One way to break down this complexity is to put aside the French to begin with and look at the ideas behind the use of the subjunctive. Get the concepts clear and it becomes easier to peg the French onto that structure.

The subjunctive is a mood.

Rather like human moods, a grammatical mood is a state of perception. Whether you are angry or happy, you are still you and the world is still the world. In the same way, the choice of grammatical mood reflects our perception of the thought we’re verbalizing.

The archetypal form of a verb is the infinitive. It’s usually preceded by to in English.

So, for example, to shut a door is an idealized form of the action of shutting a door. We can then use language to adapt that ideal to a specific situation.

The vanilla mood for description is the indicative. For example:

that’s the imperative mood. And if we say:

I would like it if Juliette were to shut the door.

“were” is a subjunctive. The subjunctive is not obligatory in English:  we could also say “I would like it if Juliette was to shut the door”.  But it’s more elegant.

The subjunctive is far more common in French than in English. And when it is used, it’s nearly always obligatory.

So what kind of mood is the subjunctive? A common starting point is to say that it deals with the unreal, in contrast to the indicative, which describes the real.

That’s OK up to a point, but it is just a starting point. For this to work, we have to have a very nuanced understanding of what we mean by “real” and “unreal”.

Perhaps a more helpful distinction to make is between “evoking” and “analysing” an action.

Emotions and Opinions vs. Judgement and Observation

Take an action that, for the purposes of argument, we’ll say did happen.

Now let’s describe the emotion that that event provokes:

I am happy that Juliette shut the door

In French, the second half of the sentence will be in the subjunctive:

I am happy [that] Juliette shut the door*.

*Subjunctive in French. The English here is not a subjunctive, nor in the other examples that follow.

The event being talked about is the same in both instances: it’s just as real.

So the notion of unreality – and the need for the subjunctive – comes not from the event itself but from the sense that we’ve moved on from pure description and we are now kicking the ball around a bit. It’s the idea of Juliette having shut the door that’s made me happy.

All expressions of emotion or opinion in this format are followed by the subjunctive in French:

But not everything that goes on in our head requires a subjunctive. Take for example:

I see [that] Juliette shut the door.

We are at one remove from the action, certainly. But we are still in the realm of description, that of the indicative. We are not evoking the action in that ethereal way which requires a subjunctive.

Positive affirmations of belief are also in that category of empirical observation. When we say:

I believe [that] Juliette shut the door.

we are simply asserting the factual truth of the action “Juliette shut the door”. There’s nothing ethereal about it. It takes the indicative.

Articulating thoughts about an unreal world

We can be wrong about our judgements but this will not change the mood of the verb.

will always take the indicative, even if it turns out that Juliette didn’t shut the door after all.

are also both indicative constructions. I am still in the realm of affirming a truth, it just happens to be that that truth is a negative one. Again:

I did not see [] Juliette shut the door.

is indicative too. We are postulating the possible existence of an action – Juliette shut the door – and then adding the rider “I didn’t see it”.

But what if we want to articulate thoughts about an unreal world? In the sentence:

She doesn’t believe [that] Juliette shut the door.

we are postulating that “Juliette shut the door” doesn’t exist: it is a phantom action, a mutant strain of our archetype “to shut a door” which only exists in our imagination. And in that case, we need to use the subjunctive.

However a sentence that begins with “She doesn’t believe” will not always take a subjunctive. Everything depends on whether we consider the thought that follows to be real.

To understand the distinction, imagine you are a tennis coach talking about your protégé who is preparing for a final. You say:

She doesn’t believe that winning is possible.

This could be interpreted in one of two ways. In scenario number one, you are reporting her state of mind. In this case,  we are in a similar situation to She doesn’t believe that Juliette shut the door. “Her winning” is a phantom concept which belongs in the world of the subjunctive.

She doesn’t believe [that] winning is possible.

She doesn’t believe [that] winning is possible.

We have seen that we use the subjunctive in French when we have taken an action out of the realm of observation and are playing around with it in our head (emotions and opinions), and when we want to talk about something that we don’t believe to be real.  We use the indicative to assert factual truths and observations.

Now we can take these principles and see how they work in other situations.

a) Subjunctive
“Juliette shutting the door” is an action which is not real that I want to become real.

b) Indicative.
“Juliette shut the door” is an action that will be true in the future. I am postulating the existence of that action and promising that it will be true. We are in the realm of affirmation, we need the indicative.

Necessary to vs Must

a) Subjunctive
I offering an opinion on the thought “I go to the shops tomorrow”. (My opinion is that “it is necessary”). It’s the same kind of structure as “I’m happy that”: I’m kicking the ball around in my head. It’s a subjunctive.
Il faut que j’aille à la banque demain.

(b) Indicative.
I have an obligation (going to the shops tomorrow). I am affirming the existence of this obligation. I use the indicative.
Je dois aller à la banque demain.

a) Indicative.
I am affirming that “It is sunny” will be true tomorrow (probably).

b) Subjunctive
I am evoking a phantom thought. “It is sunny” applied to to tomorrow is a rogue concept (probably).

a) Indicative. We are affirming two statements to be true.

b) Subjunctive “That the cold draught be blocked” was a thought floating around Juliette’s head that prompted her to shut the door. We’re kicking the ball around.

a) If the train is late, we will miss the plane.
b) Wherever you are, call me.

a) Indicative.
The structure of a conditional sentence is “If X, then Y”. Both halves are linked affirmations, we are in the realm of the indicative.

b) Subjunctive
“Wherever you are” is a thought that cannot be anchored down, it’s ethereal. It requires the subjunctive.

These distinctions are fine. But once you’ve got them clear in your head, you’ll be much better placed for learning the French itself.

When you’re ready for that, head over to these lessons: 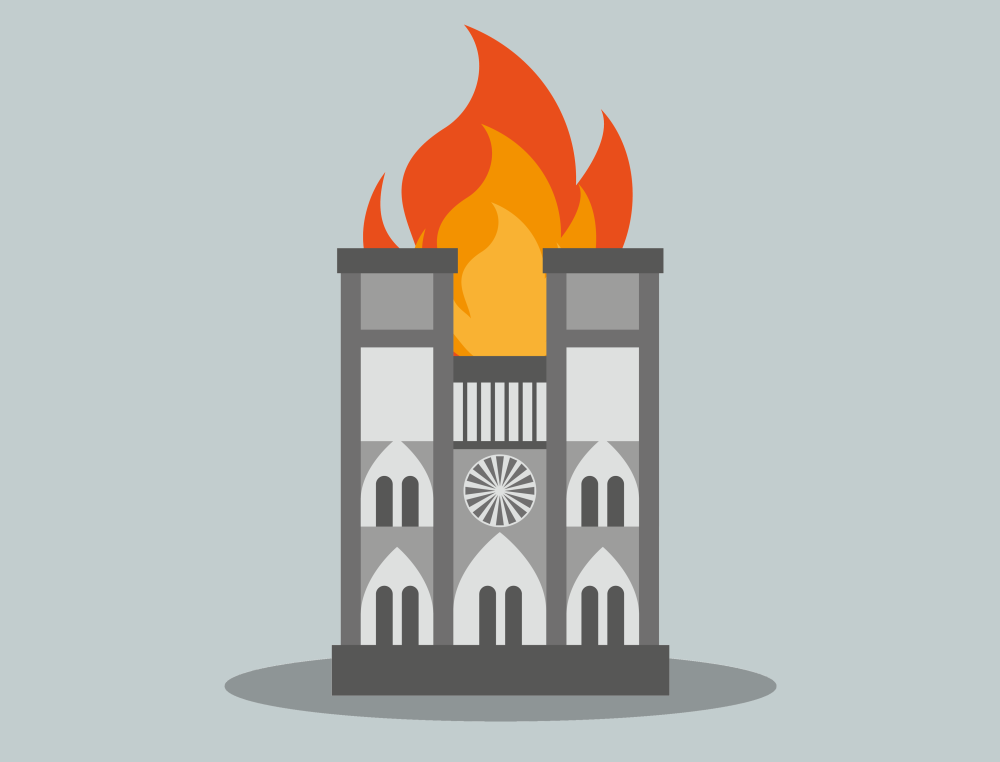 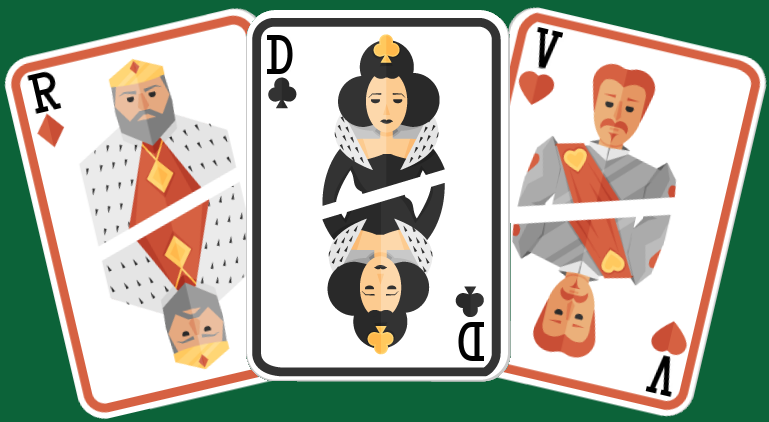